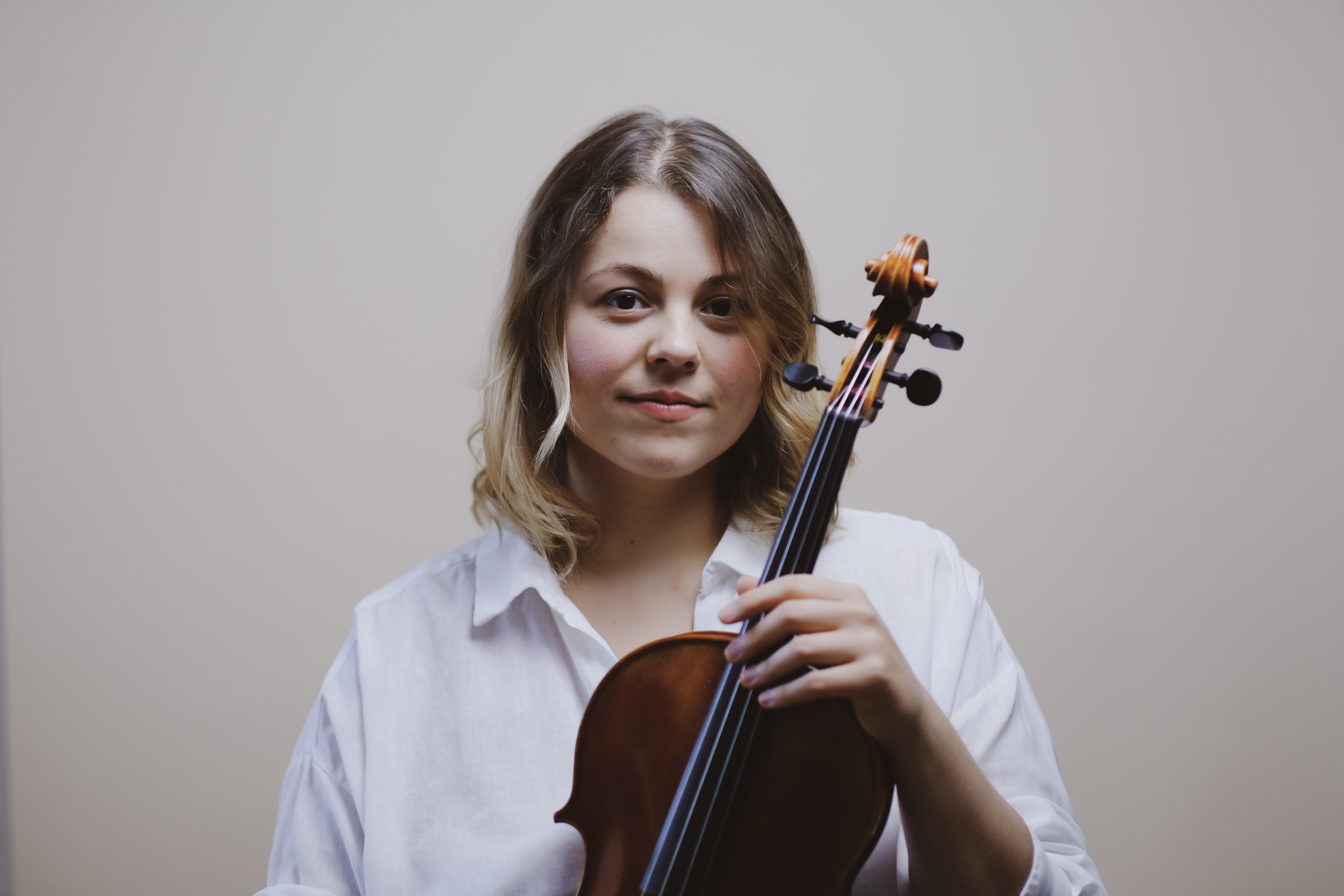 Born in Moscow, Russian-Dominican violist Karolina Errera has expressed her interest in art and music at a very early age, and was accepted to the Moscow Central Music School where she studied with Mariya Sitkovskaya.
In 2007 she became a recipient of Vladimir Spivakov Foundation Scholarship which led to her debut at the International House of Music in Moscow.
After graduation Karolina Errera entered Berlin University of Arts where she received her Bachelor degree with Prof. Wilfried Strehle. For her Master degree Karolina studied with Prof. Tabea Zimmermann at the Hanns Eisler Musikhochschule. From the season 19/20 Karolina joined the prestigious Kronberg Academy in the class of Prof. Tabea Zimmermann for her further studies.
In 2018 Karolina was awarded the 1st prize at the international Bashmet competition. Earlier Karolina has won the 2nd prize at the 52. international Markneukirchen competition and the 1st prize at the International Rakovsky Competition.
She has appeared in such prestigious concert halls as the Great Hall of the Moscow Tchaikovsky Conservatory, Konzerthaus Berlin, Berliner Philharmonie and Victoria Hall in Geneva.
Karolina is a frequent guest artist at international festivals such as the Verbier Festival, the «Heidelberger Frühling» festival, Seiji Ozawa Academy, Pablo Casals, and Krzyzowa Music.
Since 2014 she plays a modern viola made by Haiko Seifert on loan from the Deutsche Stiftung Musikleben.
She was also a scholarship holder in Karajan-Academy of Berliner Philharmoniker.