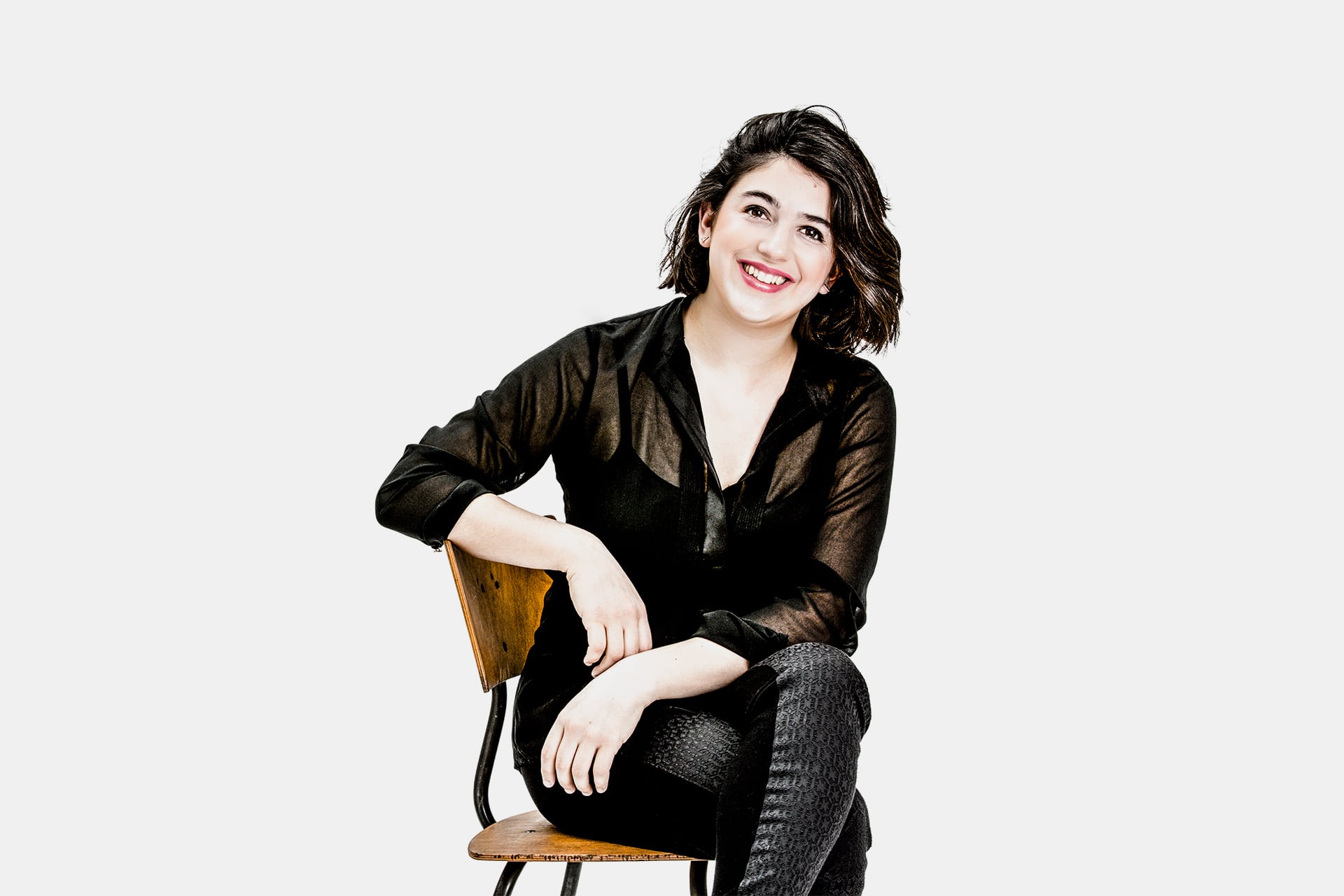 Canadian-American violinist Maia Cabeza enjoys a multi-faceted performing career as a chamber musician, soloist and orchestral leader. She is currently leader of Aurora Orchestra as well as Principal 2nd in Chamber Orchestra of Europe and Kammerakademie Potsdam and is regularly invited to guest lead various orchestras. She is also a member of Spunicunifait, a chamber ensemble dedicated to the study and performance of Mozart’s six string quintets on period instruments.
Maia is 1st prize winner of the 2013 Leopold Mozart Competition and 2nd prize winner of the 2018 Johann Sebastian Bach Competition and has performed as a soloist with several orchestras including the Deutsche Staatsphilharmonie Rheinland-Pfalz, Augsburg Philharmonic, Vienna Chamber Orchestra, St. Petersburg State Symphony Orchestra and Munich Radio Orchestra, among others.
An extremely passionate chamber musician, she has performed at festivals such as Marlboro and Lockenhaus as well as being a regular at Prussia Cove Open Chamber Music. She has had the opportunity to collaborate with musicians such as Kristian Bezuidenhout, Vilde Frang, Nobuko Imai, Steven Isserlis and Anna Prohaska, among others.
Maia’s debut solo recording included contrasting works by Schnittke and Mozart, and her most recent CD recording titled “Folk Roots” with pianist Zoltán Fejérvári and percussionist Alexandros Giovanos was released by Genuin Classics and features works by Central and Eastern European composers strongly influenced by folk music.
Maia was born in Japan in 1992 and is of Argentinean heritage. She studied at the Curtis Institute of Music in Philadelphia and Hanns Eisler Hochschule für Musik in Berlin was a member of the Berlin Philharmonic "Karajan" Orchestra Academy between 2012-2014. Her main teachers have included Ida Kavafian, Joseph Silverstein, Antje Weithaas and Rainer Schmidt.
Apart from music, she is a great lover of all things involving food, traveling, and spending time outside in the sun whenever it shows up (she lives in Berlin).